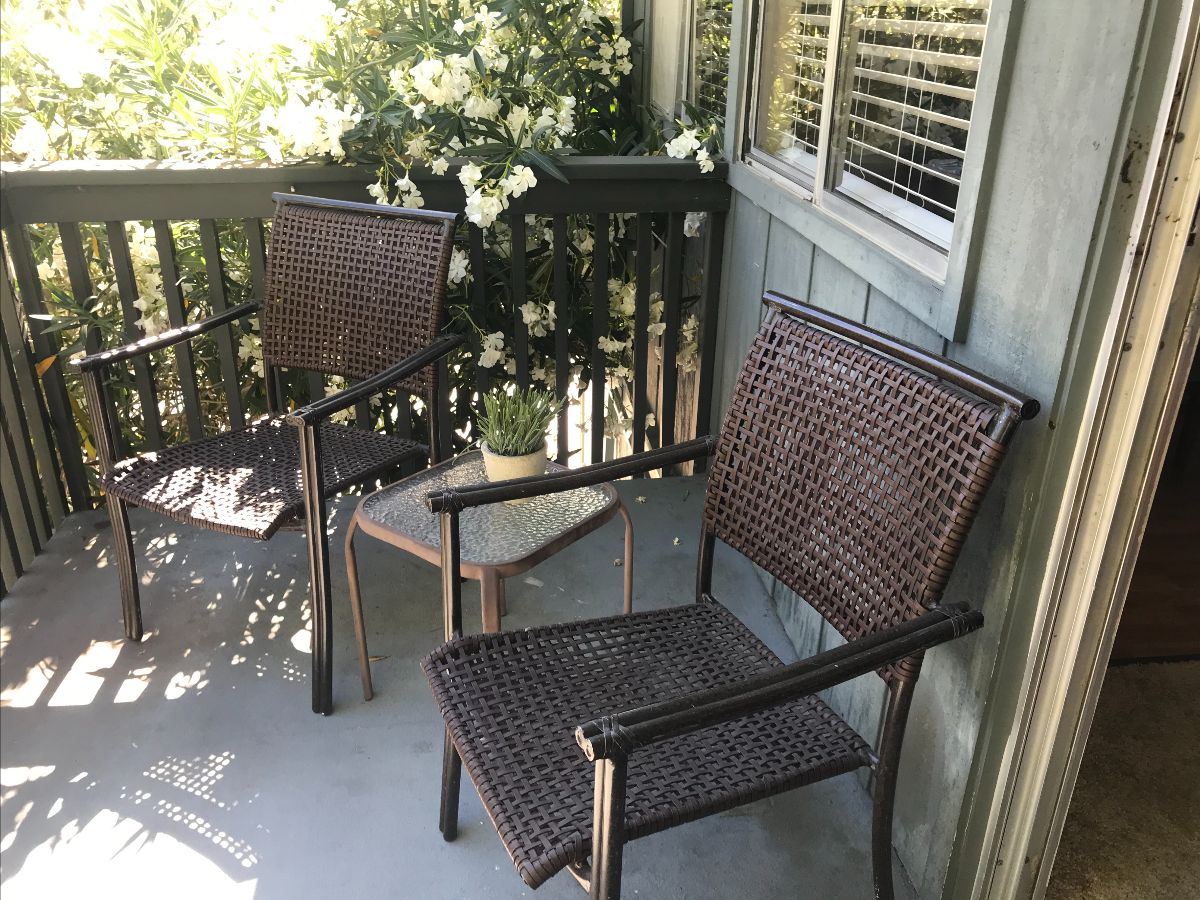 Home 1 is where Miranda lives. She was referred to us by Gilead House.

Miranda fled from an abusive husband and an oppressive government in Nicaragua just eight months ago to find a better life for herself and her sons, aged 14 and 9. Gilead House gave them a fresh start; they are now excited to transition to their own place.

Miranda was formerly a nutritionist at a local hospital back home and is currently studying English at College of Marin so she can resume her career here. The two boys are doing great in school and are fans of basketball and football. They all have been so touched by the outpouring of kindness since their arrival.

While the language barrier made communication a bit of a challenge, the looks on their faces when the family saw their new home said it all!

Miranda was totally overwhelmed and both boys shyly beamed as they took in their new comfortable home.  Mom even insisted on taking a photo of the team volunteers!

Home 2 is Perry’s; he was referred to us by Homeward Bound of Marin, where he has been in transitional housing for several months.

Perry is a Navy veteran. After leaving the Navy, he was a chef in several well-known restaurants in San Francisco for many years. However, he unfortunately suffered a debilitating injury, which rendered him unable to continue working the required long hours on his feet. He ended up becoming homeless.

Perry is looking forward to leading a quiet life in his "new," one bedroom apartment. Once settled, he hopes to find a part-time job. And maybe also finally learn to play the bass, which has always been his dream.

When Perry walked in he was overwhelmed by what we had done to his empty apartment, exclaiming: “This isn’t my apartment!”

The photo of Yosemite and coffee table book took him back to his young years. “I grew up 20 miles from there.” Small personal touches and comfortable furnishings have turned this into a real home for Perry.

Magdalena, a single mom and her two children - a young boy and teen girl - live in Home 3.

Magdalena came to this country newly married and in love, but with limited English language skills. Her husband was very controlling, not letting her attend English classes or carry credit cards. She got a job as a house cleaner, and a second job as a dishwasher, working every day from 7am – 10pm, handing her money over to her husband as he demanded.  Eventually, she and her daughter became the subjects of his abuse, with the resulting physical and mental health issues for the family.

Finally, Magdalena got a restraining order and began her new life. Because her husband had ruined her credit, she could not find a landlord willing to rent to her so she and the children had to sleep in friends’ apartments for the next five years. Recently, they were connected with Gilead House and took refuge in their family shelter.

Now, the very determined and hard working Magdalena has just completed her AA degree, has strong English language skills, and will begin her bachelor’s degree program at university in the fall. She and her children are thrilled to be moving into their own apartment, out of the shared living environment of the shelter. Magdalena is striving to build back her credit and give her children the security and stability that they deserve.

When Mom and kids opened the door, all three faces lit up in total shock -- turning from stunned wonderment to spreading giant smiles of happiness.

Magdalena said it was so full of good energy and felt like a warm home for them. The teen girl was thrilled with her beanbag chair and private desk and immediately closed the curtains around her private area and hopped up onto her bunk. The sofa bed with extra sleeping room was a real hit.

Mom was full of tears of gratitude as we left, and sent this text a few hours later:  “I'm so happy with each detail I can't stop looking around! Thank you so much for you and the Welcoming Home crew for taking the time to provide a loving home for us.”

Anthony came to the U.S. as a young 24-year-old, full of excitement and hope at his future prospects of a new life in the big melting pot, leaving behind family and a country that was going through difficult times. He moved here to the Bay Area and shared an apartment with an old friend from home. Things were going fairly well; he had work, varied jobs, but his friend unfortunately moved back to their home country and he had to give up the apartment.

Anthony moved many times after that, always being a roommate, never being able to get his own place. With no credit history it was  impossible to get a rental. He often slept on people’s sofas and was even on the street at times.

He now has shared custody of his 3-year-old son and his own name on the lease. This has been absolutely huge for him. He has a place where he can nurture his son and teach him to be kind and tolerant, the family values that he grew up with.

Despite setbacks, Anthony is an incredibly positive person, never seeing himself as the victim, just being resourceful and moving forward. This apartment now gives him the stability and a permanent address required, as he puts it, “for a good job and the chance to build a good credit history finally”.

It really is all in a smile ~ Anthony was beyond happy on seeing the transformation. Taking it all in he said “I feel like a rich person, rich in my heart” and he put his hand to his heart. “It will stay exactly like this, I won’t change a thing. This is a real house now”. His girlfriend, who had come to see his "new" place, smiled in agreement.