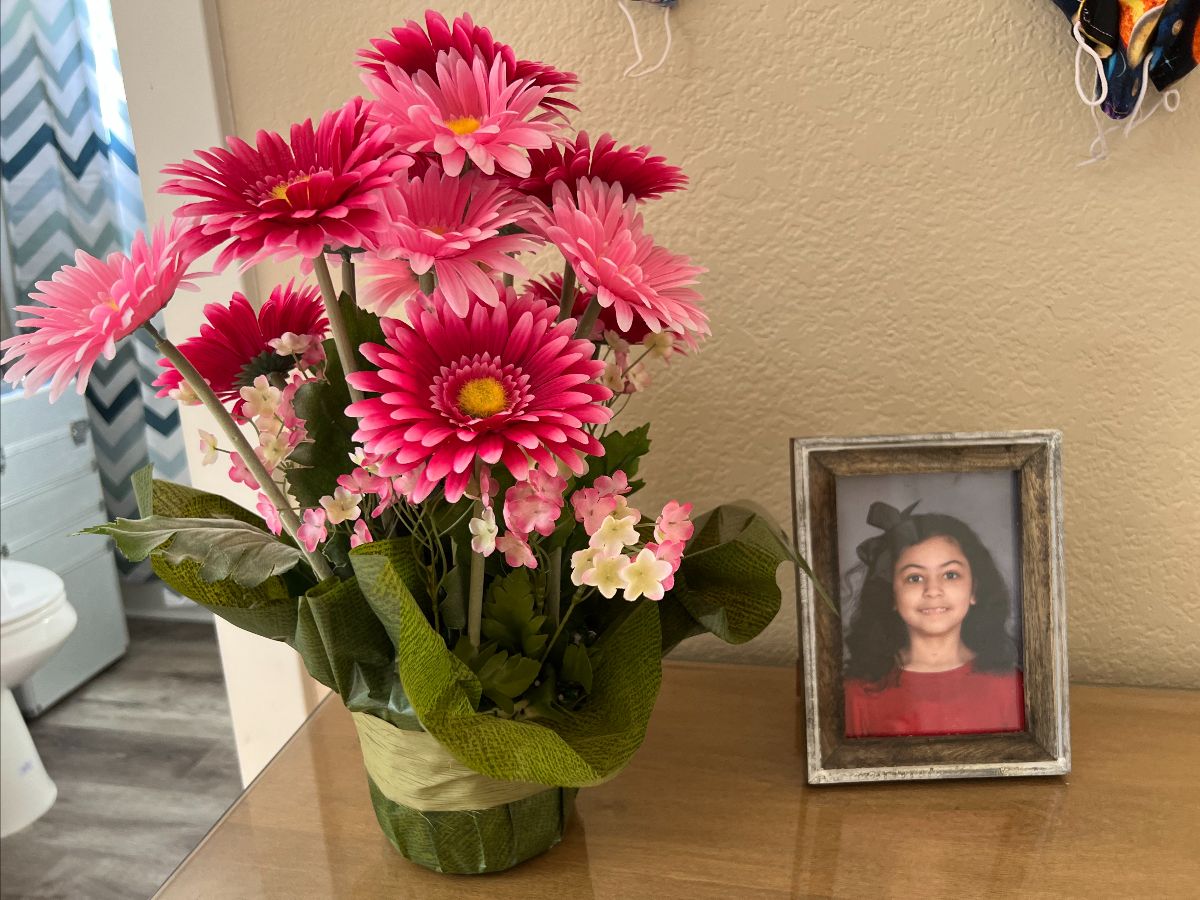 Krishna was referred to Welcoming Home by the Marin Housing Authority’s Odyssey Program.

Born in New York, she is now in her fifties and has lived in Northern California since she was six years old, when her parents moved to San Mateo County. Married young, she and her husband had a son and a daughter, and then adopted another boy. Health issues led to loss of custody of the children, who then lived with their grandparents on both sides.

Essentially homeless, Krishna moved in with her mother for a few years and then lived outdoors, either camping or staying at friends’ places. She says she finally “went into the system” in 2013 and went on meds that helped her manage her health issues.

Krishna has held several jobs since then - at grocery stores, restaurants, and cleaning services - all while living in various shelters. She would like to find part-time work and is looking forward to settling into her first home since her marriage decades ago.

Krishna was stunned when she walked into her fully furnished home. The next day she told us "You [Welcoming Home] did a really good job. I love so many things about my place. The most important to me is having my own 'office' upstairs in the loft. Also, I really like that you hid the TV in the armoire; the armoire itself is beautiful. And, when I first walked in and saw that orange flower picture on the wall by my sofa/bed, it felt like a miracle. I had given an orange orchid a special significance in a book I wrote years ago. Thank you so much for all you have done. I am very pleased."

Miriam lives in Home 2. She, too, was referred to us by Marin Housing Authority’s Odyssey Program. Miriam moved to the Bay Area from Illinois to seek specialized medical treatment; she was in her third year of college at the time. She married and had a daughter. When she and her husband separated, Miriam was unable to afford rent for herself and her daughter on her salary alone so she and her daughter moved to the Brown House Family Center for a period of time.

Soon, her health problems worsened. Miriam made the very difficult decision to move her daughter out of state to live with her maternal grandmother, where her daughter could have a more normal life.

Over the past few years, Miriam’s housing situation has been unstable, forcing her at one point to live in her car for an extended period. She is determined to pull herself up and build a new life for herself. She now works two part-time jobs: one with a food delivery service and another as a personal care assistant for a caregiver agency that specializes in senior care. This “new” apartment with your donations will give her a stable starting point for the future she envisions.

Miriam thanked us with a heartfelt note that read:

Thank you, Welcoming Home, for doing for me and my family what I couldn’t do for myself in a million years. It may seem like just furniture but for me it’s much more.

Seeing my own artwork on the wall,  being surrounded by my favorite color, a space to work rather than a card table or even the dining room table has filled me with a sense of pride and purpose I haven’t had in years.

Thank you for your donations, time and patience with my messiness! God bless all of you!

Muriel was referred to us by the Marin Center for Independent Living. Muriel looks and acts far younger than her over 80 years; she’s strong, resilient and determined to create a better life for herself.

For the last several years, she had been subject to physical abuse by family members. They kept her sequestered in one room of their house with little more than a coffee maker and hot plate, not even allowing her to use the kitchen. Finally, Adult Protective Services learned of her situation and stepped in to help her.

After living in one room and enduring much hardships and stress, she is so looking forward to finally having a quiet, peaceful place where she can sew, cook and most of all, relax.

When Muriel opened the door and saw her new home, she said ‘I can’t believe it! I never expected anything like this!’

As she looked around at her new things, she was amazed that we had managed to include everything on her wish list; she was quite overcome as she sat on her new sofa for the first time. ‘It looks just like a show home! I promise i’ll always keep it as beautiful as this."

Home #4 is where Pete lives. He was referred to us by Ritter Center.

Pete calls his life “His Beautiful Struggle.” He was raised solely by his mom, who worked multiple jobs. He witnessed a lot of substance use and unsafe/unstable environments as a child and spent most of his adult life so far in trying to mask insecurities, numb pain from trauma and find his purpose.

Several years ago, he met a woman and had two beautiful boys who are now in their teens. They became his reason to be a better man; his two blessings, he calls them. As they grew older, Pete was now their role model; they wanted to be like him. It was then that he realized he needed to make his life choices accordingly.

Eight years ago, Pete had a stroke and struggled to gain back the drive to get on track. He suffered emotional and physical limitations that caused depression and brought to the surface all his past trauma and things he witnessed throughout his life. Due to the stoke, he became homeless; this seriously strained his relationship with his children. He didn’t feel good enough to be their father.

He has been homeless since the stroke and lost a leg nine months ago. Thanks to the Ritter Center, he has had a roof over his head at a transitional center for the last couple of months. He has worked hard to get back on track and set himself up to be the father he knows he can be and the father he believes his kids deserve.

Having this “new” home will help him rebuild his relationship with his children, as well as give them a safe place to call home as a family.

Pete walked in, took a sweeping look around and exclaimed “No way! Are you kidding me? I live here?!!”

He spent time looking around and whooping with joy at every new item. When he walked into the room we had prepared for his sons' visits, he got really emotional. He said he was so excited for his boys to see how nice it was. then he got to his own bedroom, and flopped back on his bed with pure joy. He could not stop saying thank you to everyone who was a part of this transformation.