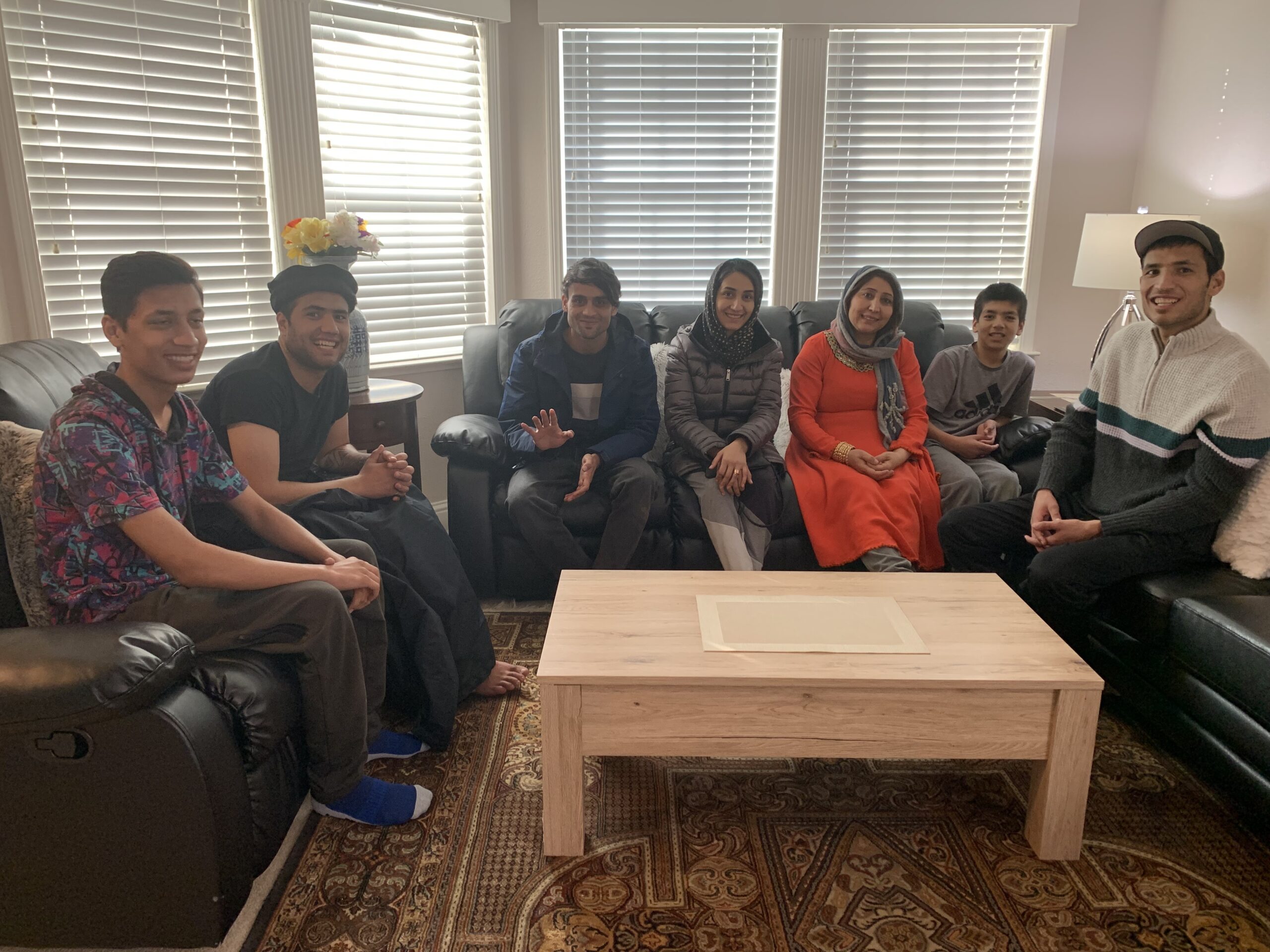 Seven members of the Dawood/Zemari family were evacuated from Kabul several weeks ago. They had been staying at a US government processing center in Texas until a few weeks ago, when they arrived in Santa Rosa. They were reunited with the oldest son, Roman, and with the patriarch of the family who were already in Santa Rosa.

Roman has been in the US for a few years; he works in IT. A few months ago, he was able to get his father out of Afghanistan. Naturally, they feared for the lives of the rest of the family, so they are ecstatic that seven of them have been able to leave.

The seven include Roman's mother, one sister (six months pregnant), her husband, and four brothers. The seven were at the Kabul airport when the bombings occurred; they are lucky to have escaped with their lives. Unfortunately, one sister still remains in Kabul with her two toddlers. They are hoping to be able to get her out.

We had no time to take "before" pictures. Suffice it to say that the family had a couple of loaned couches and no beds or other furniture.

The family was thrilled when they returned. The eldest son told us that even though he has been living in the U.S. for some time, he always felt that he didn’t belong, that he was pretty much “unseen.” Now, after all the help that his family has received, he said he is proud to be an American and proud to live here. “I never thought that people could be so kind to people they don’t even know,” he said. Then his brother-in-law said he couldn’t wait to get a job and get back on his feet again. When we left the home, the family gave us a standing ovation.

We want to express our gratitude to the outreach of the interfaith group and to all of their congregations who donated furniture and household goods to this very deserving family.