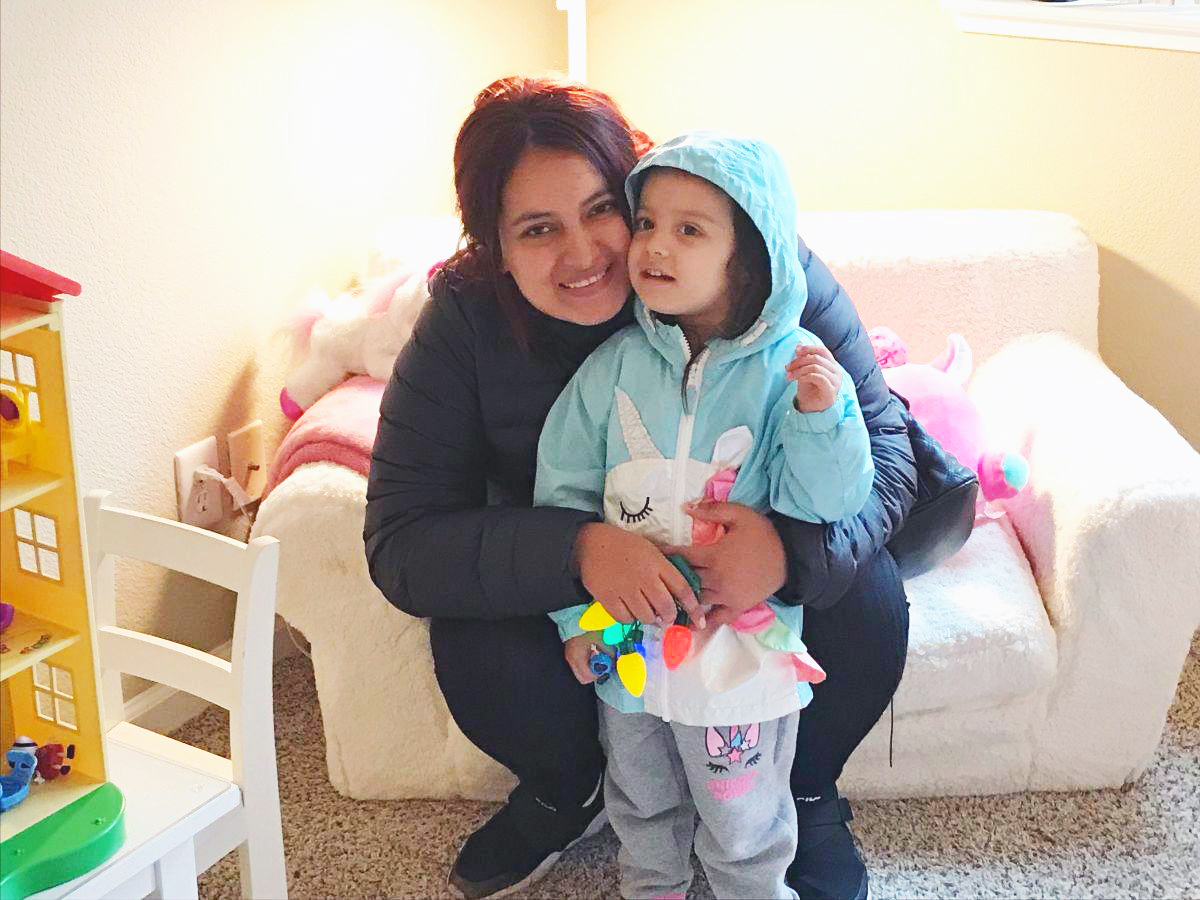 Larissa was referred to Welcoming Home by a case manager at the Marin Housing Authority. Gaby Federal, Jill Kantola and friends sponsored the Welcoming for this family. It was their second year sponsoring a Welcoming. Learn how your group, company, or organization can sponsor a family here.

Larissa was in foster care since she was 15 years old, bouncing from one set of parents to another. When she aged out of the foster care system at 18 she rented a single room in a house all on her own. She then became pregnant by her boyfriend and had a baby. The two were very young to be parents and soon broke up because the father couldn’t handle the responsibilities of fatherhood.

Larissa was helped by an organization that serves young adults who age out of the foster care system. She lived in a group home until she was able to find the apartment she has recently moved to.

She is so glad to finally have a place of her own where she can raise her three-year-old daughter, Tania. The father has now stepped up to taking some responsibility for his daughter and provides a little support. He and Larissa trade off taking care of Tania while the other parent works.

Larissa works full time as a caregiver. She impressed us as a very hard worker who will put all her energy in giving Tania the foundation, support and love that she herself missed growing up.

The dynamic duo of Gaby Federal and Jill Kantola and their friends were the generous sponsors of Larissa’s Welcoming. This was their second year sponsoring a Marin family in need. They worked hard, not only to make sure that the young Mom and her daughter had everything they needed, but also went out of their way to add extra touches especially chosen for the family of two.

Larissa couldn’t believe her eyes when she returned to her “new” home after Gaby, Jill and crew finished their transformation. “My own bed! This is the first time I’ve ever had my own bed! And it’s so beautiful, too,” she said as she spread her arms and fell backwards onto it.

Her three- year-old daughter whooped with joy when she saw her girly pink bedroom, complete with her own cushy sofa. Mom had a hard time getting her back into the living room for the family photo. Once it was taken, she ran right back—taking a closer look at the toys that Gaby, Jill and their friends had given her.

Welcoming Home is so very grateful to Gaby and Jill for their sponsorship of this Mom who has been through so much.