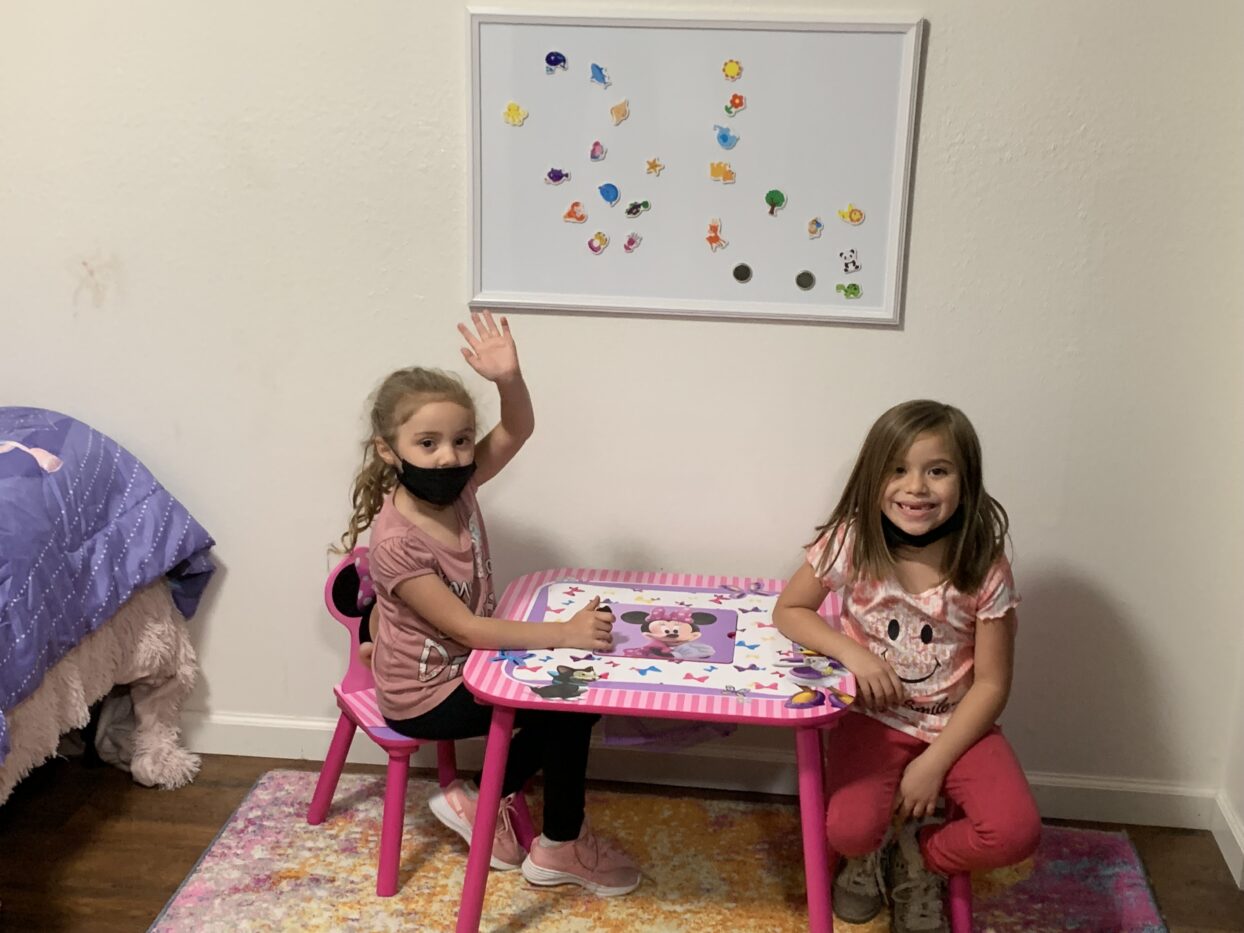 The Rand family was referred to Welcoming Home by Catholic Charities of Santa Rosa. Kelly and Robert Rand are grateful to say that after a troubled early adulthood their life paths have finally taken them to a healthy, fresh start. Both came from broken homes.

Kelly grew up in the foster care system, and Robert was on his own from an early age. Their twenties were challenging; without a firm childhood foundation, they weren’t prepared for the responsibilities of adulthood. They lost jobs and were homeless. But with the strength of their faith and return to a healthy, productive life, they have overcome those obstacles and are thankful to have their own home where they can raise their two young daughters.

Kelly and Robert’s goals are to help others who got off to a rocky start like they did, and actively take on positive roles in society. Married seven years, Kelly is in college getting her degree in social services and Robert, who lost a brother to gang violence, is dedicated to working with at-risk youth through juvenile hall and Cal youth and homeless outreach. He, too, is working towards a Master’s degree in Human Services. Both feel that due to their own experiences they have valuable insight as to what their future clients are going through and what those clients need to get them on a path to a better life.

The Rand daughters—aged four and six—also want to be of service by becoming a nurse and a police officer. The youngest is already practicing with her doctor bag and "get people better'".

The grateful family beaming for a photo in their new living room, along with Robert's older daughter who wanted to join them and check out their new home.

The family was blown away when they returned. Kelly had tears in her eyes and Robert’s wide smile says it all. The girls literally squealed with joy when they saw their room. Their new desk was hand-made and donated by the wonderful non-profit organization, Seniors 4 Students. They thanked us over and over again. As we gathered around our cars to leave, we could see Robert videoing their “new” home for his Mom.