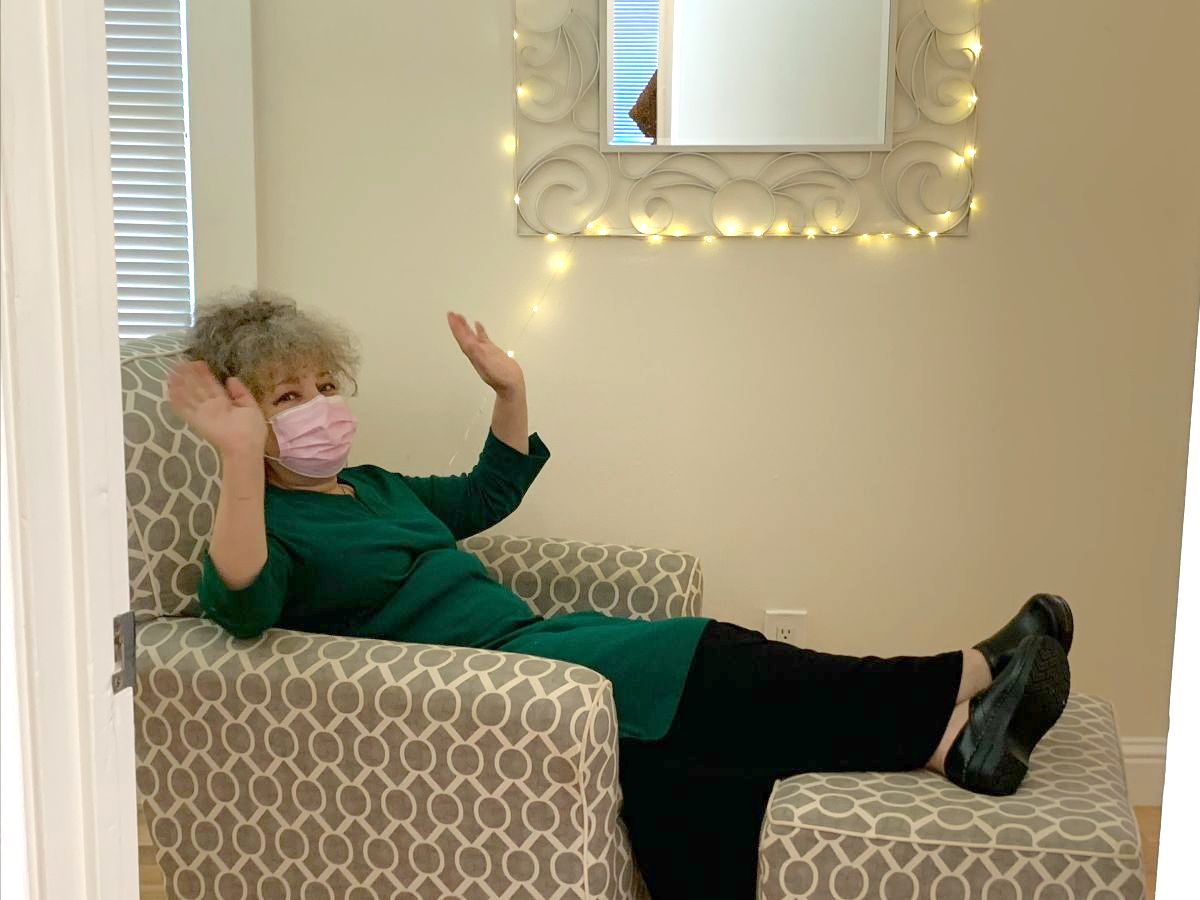 Nadia was referred to us by Marin Housing Authority’s Odyssey Program. She came to the U.S. from France years ago and lived a happy and comfortable life in Marin for many years. She was married and worked in high end designer stores. Then she suffered a severe trauma that threw her life into a tailspin. As a result, she developed a number of physical issues that slowed her down dramatically. A divorce followed and before she knew it, Nadia was homeless. She lived in a homeless shelter for awhile, but again suffered a very traumatic incident there; she decided the streets of the Tenderloin were safer. She lived in a tent for months until the Odyssey Program helped her to find an apartment in Marin.

Nadia was blown away by her “new” home. We hung pictures of Paris on her walls and installed comfortable, brightly colored furniture pieces. A wonderful donor even donated a beautiful piece where Nadia can play her electric organ keyboard. Nadia proclaimed her home to be “tres chic”. “It’s like being in France." When she called to thank us the day after the Welcoming she said “I have a beautiful home—so much better than living in a tent.”