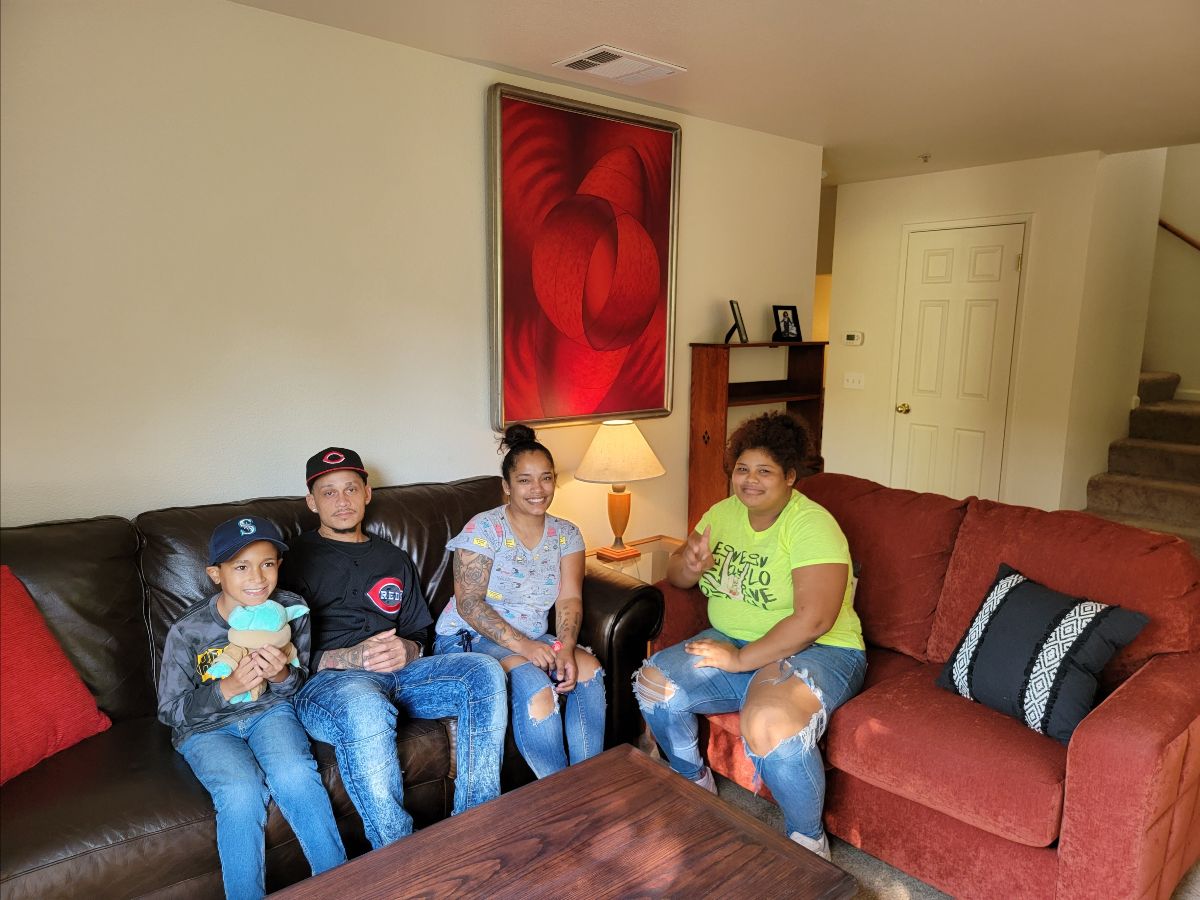 A couple of years go, Marisol, her husband Gonzalo and their then 11-year-old daughter and 8 year old son were barely scraping by in New York. Gonzalo’s friend, who lives in Sonoma County, encouraged the couple to move here, telling them there were a lot more opportunities to be had. He offered them a room to stay in while they got settled, which they accepted. Unfortunately, problems developed between the friend and their 11-year-old daughter, so the family had to move out. They were housed by COTS  for three months and then stayed in Catholic Charities transitional housing until they were finally able to find their own apartment. Gonzalo works as a security guard while Marisol is now looking for work. They are so grateful to be able to make a fresh start and to be able to provide a safe home for their children at long last.

The family was thrilled when they saw their newly furnished home. Marisol and Gonzalo love red ... and there were touches of red everywhere. Their teen daughter gave two thumbs up to her Tick Tock pillows (who knew they made those?) and cool pink comforter. Their 10-year-old son couldn't wait to see his new bedroom. He ran straight upstairs and whooped when he got there, then raced right back down, all smiles, holding his new Baby Yoda plushie. At a loss for words, Marisol repeated "Thank you, thank you."

A few years ago, Ariana lived with her boyfriend in a room in a friend’s apartment. She became pregnant and they had a son. Sadly, her boyfriend began to do drugs and became involved with a group that stole cars and other items. When Ariana begged him to change, he became violent towards her. As soon as this happened, she knew she had to flee with her young son. They stayed in a motel for a while but soon ran out of money as Ariana couldn’t work without childcare. She was referred to Catholic Charities, where she stayed in transitional housing until she was able to find an apartment. In the meantime, she met her current husband, Daniel, who was also in the shelter since he had lost his job and had no means of support. They had to start from scratch but now have three jobs between them! Ariana starts work at 4:00 am; she loves the responsibility of opening a large big box store. When she returns from work to take over care for her son, Daniel takes off for the first of his two jobs; he's a cook at two restaurants. Daniel loves his role as Dad. The couple is determined to create a good life for the boy. “That’s the most important thing,” Ariana told us.

When Ariana walked in she kept saying "I can't believe this is my apartment, I love it!  Everything is exactly my style--I love these red chairs. I love the cabinet, the mirror. It's just what I would have picked out myself!" Her young son made a beeline to the wooden puzzle and little truck on the coffee table, happily playing while mom walked through the apartment.